Everything in my extended family is a big deal. Seriously. We celebrate birthdays at least 3 times in one week.  We celebrate small & big victories in school or careers. We celebrate a first lost tooth, a first cartwheel, every time someone plans a vacation. So when my cousin Tania surprised us with the news they were expecting their first baby, we were ecstatic (to say the least). Tania lives in France and even though I gushed to her about the countless joys of parenthood, we were not 100% she would ever be ready for a kid. She’s independent, loves to travel, and revels in taking part in extreme adventure (she checked sky diving and elephant riding off her list in the same year). Needless to say when she said, “We are having a baby,” the family went WILD. We love babies. We love Tania and her husband and we had to have enough excitement when we saw her pregnant in person for the first time last September to last all three trimesters.

We all looked something like this. Life is so worth celebrating.

Shortly after receiving the news, I looked at my husband and said, “We are going. I’m not sure how, but this is her first baby and she has no family there, and I know I will want to hold that baby and hug her and you have to help me get us there.” Luckily, he knows me well enough to distinguish this plea from my daily pleas that I MUST get to Hawaii and he came through.

After almost daily Skype sessions through the last few months of her pregnancy, an “I think my water just broke” Facebook message, and lots of calling and texting between the family, I sat on my bathroom floor at 5 am with iPad in hand and tears in eyes (and face, and chin)  and met our gorgeous French baby – Lilie Rose. A few weeks later, my husband and daughters and I traveled to France to meet our Lilie in person. Along the way, from pregnancy to present (she is 3 months old), I have found the differences between her French journey to motherhood and my American one, very interesting. I thought you might too, so I decided to share some of the main differences here.

Tania had 4 total Ultrasounds during her pregnancy. At every visit she had a doppler, but the doppler gave an image of the baby.  This made for interesting conversations/arguing between us as to what was actually happening at these appointments (“Dopplers don’t show pictures?? That’s an ultrasound.”) and the translation makes this a bigger challenge. Lilie-Rose was a breech baby. Although we (myself and Tania’s sister who is a nurse) initially freaked out, Tania’s doctor ordered a CT scan to see the size of Tania’s pelvis related to the baby’s size).  And now that we know this harmed her in NO way, I can say, it might just be the coolest pregnancy picture EVER!

We also observed that her doctor was willing to attempt a breech delivery (with some consideration to the baby’s size and the mother’s pelvic bones), and that VBAC’s (vaginal birth after cesarean) are more accepted and common in France.

In the end, Tania had a cesarean delivery and she and the Lilie did fine.  She was in the hospital for a full week, but Tania shared with me that ALL first time mothers stay for 4-5 days.  Here is a picture of Lilie’s bath at the hospital. Half of their room was like a US hospital room and the other half was a counter and small tub area for bathing/changing.

The hospital does not have lactation consultants, but the nurses and midwives take this role. Following discharge from the hospital, she saw a midwife twice (the first visit she actually CAME TO THEIR HOUSE) to weigh her, answer their questions, and support breastfeeding.

The Take-Your-Baby-Home phase is very Zen

Lilie received 1 vaccine in the hospital (HEP B) and none at her first appointment.  She did have weight checks, vision & hearing screened,  and a family history reviewed. A midwife  gave a natural liquid medicine (plant extract) to help with gas and digestion and educated them on natural infant reflexes.

Much to my dismay, there was not much talk on development or the importance of tummy time, but it is common in France to have Osteopath’s come to the house to check for alignment and massage the new baby. The osteopath worked gently on alignment of the pelvis, skull, & pallet and talked about sleeping and digestion as well. She’s cute doing both.

When Tania questioned about sleeping patterns or why she cried every time she put her down (international Mom question), the answer from the doctor was that she needed her parents and that they should do whatever she needed for the 1st three months. And, when in doubt, they should put her in the sling.

Lilie likes the sling. Alot. She was even sleeping in it until her American “Auntie” came and insisted we get a plan together to make her sleep. I couldn’t get my own daughters to sleep, but redemption is a sweet thing and she now sleeps through the night (WIN!).

Maternity Leave is Good, but not as Good as I expected it to be

Tania is home with her now. The government pays employers to provide full pay for 6 weeks prior to birth and 10 weeks after for maternity leave for their employees. Some of the “before” can be pushed to the “after,” but no one is allowed to work the 2 weeks prior to their due date.  Following standard maternity leave, those qualifying for a small “parental aid” stipend can receive it for 6 months following the first child (this is a flat rate and not a percentage based on income), but mothers can take up to 3 years of unpaid maternity leave.

Tania will return to work.  When she was pregnant, she registered with a childcare center. Based on availability and preference the baby will be cared for while they work either at a center (that requires on site nurses and highly trained staff) or by a home base sitter affiliated with the center. If there is no room at either, she will have to hire a Nanny. All child care fees are tax deductible (like in the US), but fees are based on a formula (income and days per week and hours per day of needed childcare are factors.

I expect (and pray) that Lilie will grow to be a strong, healthy, and happy girl before we all can blink.  I am already missing her and looking forward to reading her books in English via Skype. It will be interesting for our family to continue to note cultural similarities  and differences along the way. I had a few “WOW I must be super protective” moments while in France that become most evident in my own children’s surprised reactions to French children and parents. “Mom, that mom left her kids alone. BY THE WATER. ALL.BY THEMSELVES. Can you believe it? Someone could fall in?!” They were amazed that a boy was allowed to pay for his own ice cream and walk home BY.HIM.SELF. “Mom.For real. He was only about 8 years old.”  Things that make you go HMMM.

There might be differences from country to country and even home to home, but parenting is parenting and babies are babies around the globe. We all watch the tantrum. We all pray for just a little sleep. We are all amazed by the miracle of a new baby. I’m thankful we got a front row seat a few of Lilie’s first weeks and thoroughly enjoyed seeing how pregnancy, birthing, and mothering works in another country.

I will say… One thing they do not have in France, is our “hospital binkie.” As yes, Lilie loves her imported American binkie.  Frenchies frequently stop to ask Tania what that big thing in her mouth is! I guess she’s just proving she IS actually French-American!

Do you have friends or family raising children in other countries? Have you lived abroad with kids? What are the biggest differences you have observed?

Babies & parents around the globe love learning about development & play using 1-2-3 Just Play With Me! Lilie Rose has one on her shelf – do you know a new baby with parents who would love it too? 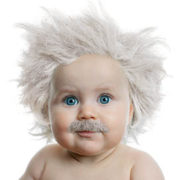 Why Every Toddler’s a Genius!
0 replies

Want to join the discussion?
Feel free to contribute!

More than a melt down. Real info on Sensory Processing: What you need to kn... Take Time To Thank a Teacher
Scroll to top